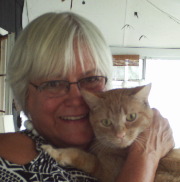 Hi, I am Lainie Senechal, a watercolor artist and poet.  As you will see, my art and poetry are based on my experiences in the natural world.  I am both an environmentalist and an environmental educator.

I want to fall,

let go of everything;

to soar with eagles,

rather a feather from

to zig, zag through space

I want to fall

through layers of light,

holding on to nothing;

never heeding where I land:

on softest snow of season,

For I am all of this

I have been released.

“The Return of the Sun” – Provident Bank, Amesbury, MA January-March 2005

“Sakura” an exhibit with Japanese and American artists March-April 2012

“The Culture of Peace” an series of exhibits by local and international artists to support the United Nation’s mandate for a decade of peace”:

Co-producer of “The Culture of Peace” , a group exhibit of artist/poets on the theme of peace to support the United Nations mandate for a decade of peace. 2001-2005

“But only one of the artist-poets gives equal satisfaction with pictures and words. That would be Lainie Senechal. Senechal’s modest poem-and-watercolor combo, “Sailing Past Grape Island” and Sailing Past Grape Island respectively, work well together, and both do justice to the topic. …. “The painting, though an ordinary watercolor waterscape, is colorful and unpretentious, integrating the imagery as a single entity unified by line and color – sailboat, hill, buoy, and cloud – the way the corresponding poem gives equal emphasis to individual images. – Scott Ruescher, Contributing Writer

“Visions of a Summer Night in watercolors” The Daily News Newburyport, MA June 21, 2001

One thought on “About Me”